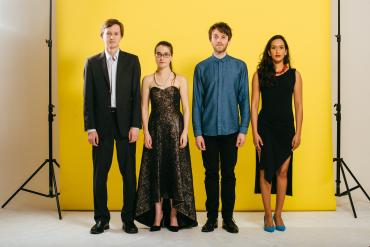 This concert showcases the expansion of the string quartet repertoire to include music from beyond the Western classical tradition. Christian Mason’s Tuvan Songbook is part of a series of Songbooks to be commissioned by the Ligeti Quartet, each based on a tradition of overtone singing from around the world. ‘Melodicles’ is a musical concept invented by American composer Lou Harrison, whose centenary is celebrated in 2017. His String Quartet Set borrows from medieval European and Eastern influences.

Fodé Lassana Diabaté’s Sunjata’s Time, commissioned by the Kronos Quartet for the ‘Fifty for the Future’ project, depicts Sunjata Keita, the warrior prince and founder of the Malian Empire. The string quartets of György Ligeti and Béla Bartók evoke the folk music of Hungary and neighbouring nations.